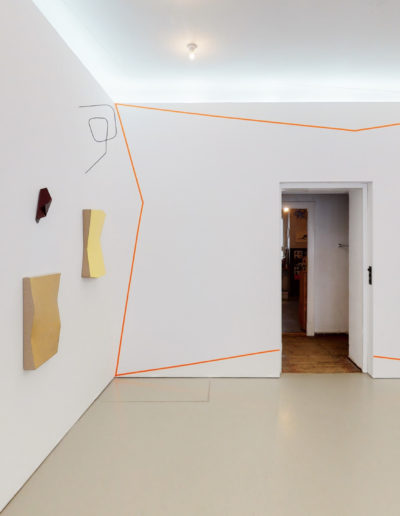 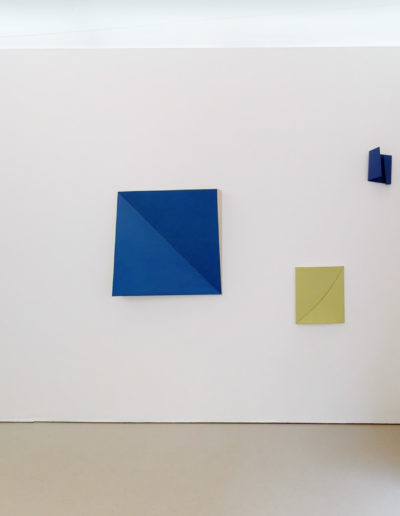 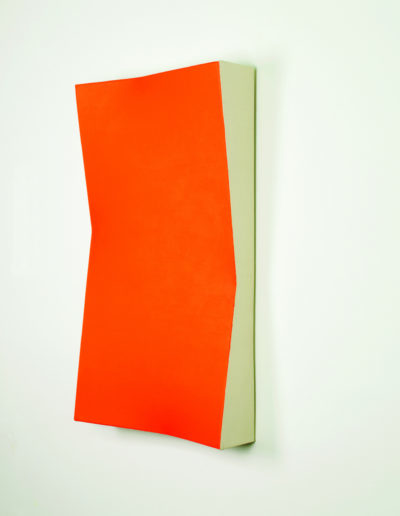 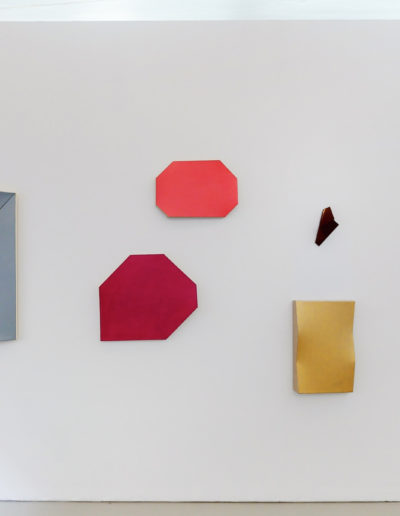 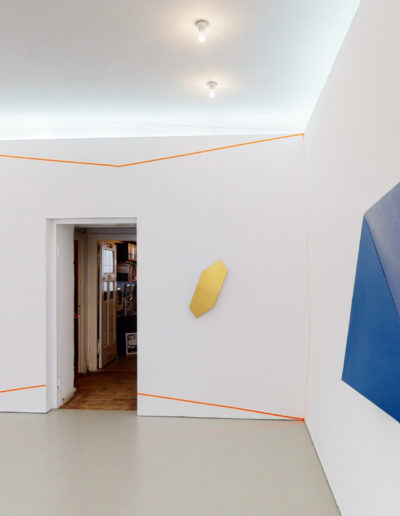 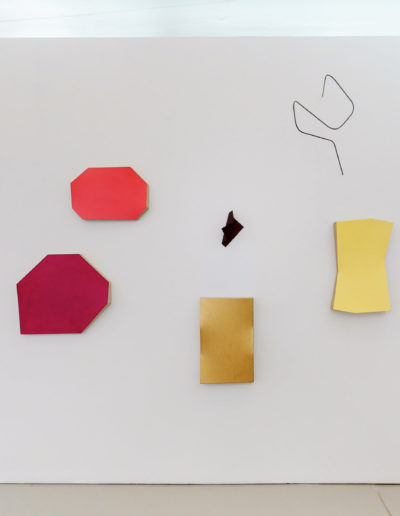 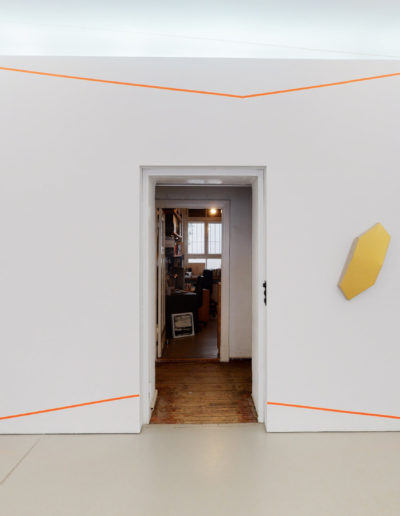 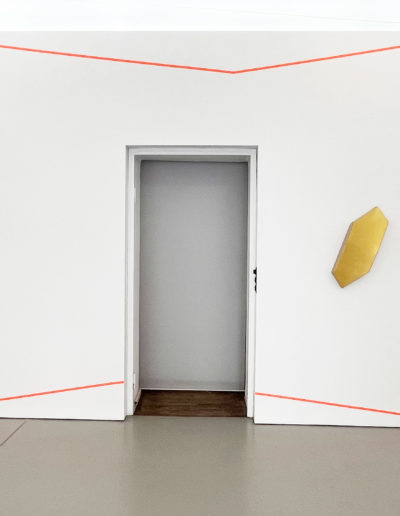 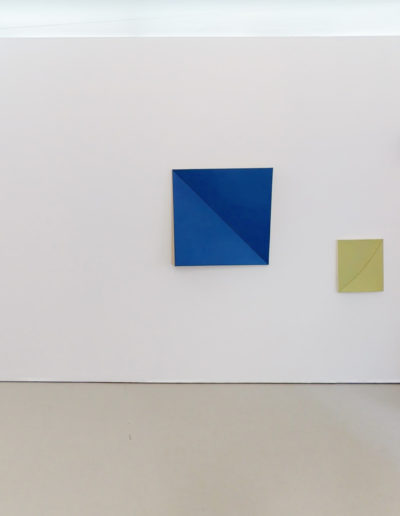 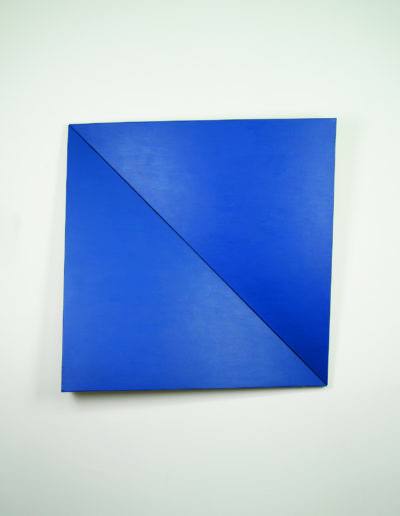 Since the spring of 2014, in connection with the two exhibitions Lieber Künstler, zeichne mir! , the delicate ceiling work crafted by Dirk Rathke has been hovering over all the exhibition goings-on and often only discovered by viewers on a repeat visit to the exhibition. The artist has applied the floor plan of the room in an ochre-gold line to the hollow of the ceiling and rotated it through a few degrees. In addition to the fragility and beauty of the lines, which are amazingly straight despite the doming of the ceiling, the room is mirrored metaphorically in a slight rotation.
No fellow artist has ever objected, insisting that this subtle ceiling work should be whitewashed for their own solo exhibition, even if Rathke is already present as a guest more or less ‘invited’ to every exhibition.
Aside from the gallery owner’s aesthetically demanding aspirations, it is also a matter of demonstrating what a commissioned mural could look like in a home. How can you sell a mural if you can’t imagine it? Rathke has realized many a mural in such places as Berlin, Milan and Denver. When someone moves house, it can be replicated. And it doesn’t cost the earth.

His pictorial objects have been familiar for over 20 years, often featuring in numerous solo and group exhibitions and at art fairs in Germany and America.
Once you have seen them, they stick in your memory, with colour and form unfolding simultaneously and even interdependently. It is not the ‘mere’ rectangle serving as the ground for the application of paint, but through the sculpturally defined relief of the stretcher frame and the cotton or burlap canvas skilfully stretched over it, colour and form merge. The edges, free of paint, emphasise the character of the painted picture, while at the same time stressing the form, which alternately allows partially concave or convex forms to grow into the space, drawing the picture sculpturally into the room or nestling it back against the wall.
Where does the picture begin? And where does it end? What was there first, the colour or the form?

Rathke follows the same principle in the more recent group of works entitled Faltungen, except that the volume has a different physicality. Folded at different angles and in different directions, the sheets of metal of varying sizes are deflected into space to different degrees and are capable of creating dynamically staggered spatial planes. When the viewer changes his position, the monochrome work finished with car paint takes on a new character and yet remains the same. As with his painting, his work grows into the space and then recedes again – living and breathing.

The fourth group of works is entitled Curves . These are free compositions, each bent from a metal rod and extending into the room like a coloured drawing. The artist freely admits to being inspired by his fellow gallery artist Ursula Sax.

By also integrating a Tape Mural into his new exhibition, Rathke closes the loop to his first solo exhibition in 2013, when he spanned the walls with tape and even penetrated empty frames. Coming together: the signature art of his paintings has since been enriched by several new groups of works with additional forms and colours.